In the name of religion 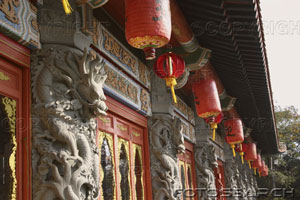 This country’s exaggerated respect for religion over and above the ordinary respect of its citizens is becoming rather annoying. Ok, I don’t object that you have a right to pray. Far from it! I am even prepared to fight so that you can do so – as many times as you wish. But, really, I don’t see why I should be roused up from sleep when it’s the time for you to say prayers. Surely, while you are invoking God, I do not have to stay awake in the process!

Perhaps several centuries ago, the human voice, the ringing of bells or the blaring of trumpets were the only way to call the faithful to prayer. But since then, a lot of progress has taken place, you know. Nothing stops a person from making use of an alarm clock, the mobile phone or a clock radio to remind him that it’s time to pray to the Almighty. It’s more modern, it’s less intrusive, and I am even tempted to say: more polite!

Year in year out, you make it a point of going to a place which you regard as holy. Ok, that’s your fundamental right. But why do I have to suffer in the process? Why must I sit and chafe in a bus, for hours on end, while you are walking  right on the middle of the road? Why should I arrive late at work because of your zeal to praise God? How can you pretend that you love God while at the same time you are showing complete disregard for your fellow humans?

On a particular day of the week, at a certain time of the day, when everyone is working, you have to go and worship God. All right, do so if you must. But don’t you think, that you would rise up in others’ esteem by coming to work earlier on that day, or going home a bit later? That way, everybody would be earning the same pay for the same amount of work. Is there any valid reason why this cannot so? – according to the rules of elementary human justice.

And one more thing… as far as I know, that national airline of ours is called “Air Mauritius”. It is not known as “Community X & Y Airlines”. Well, tell me then why are certain dishes – but not alcohol drinks, strangely enough – banned on that airline? Why can’t I taste a good steak or a bit of ham under the pretext that persons of faith X & Y would be inconvenienced by that type of food? How do these people fare when they travel on other airlines?

But rest assured, dear reader, that I am not advocating the banning of religion. By all means, be completely free to practice the religion of your choice… but in the process don’t be too showy about it.  You know, I think that religion is like sex, it should be practiced in a very discreet way.

2 responses to “In the name of religion”